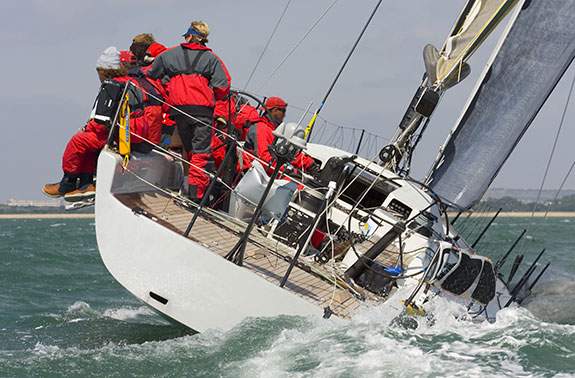 The yearly tradition of the Sydney to Hobart yacht race is set to be as exciting as ever this year. Truly a classic, one of the world’s great blue water races.

For those not versed in the race, it begins as the great yachts charge through Sydney Heads and turn south, casting their fate to the might of the great Southern Ocean and the winds of the Roaring Forties.

628 nautical miles, described as one of the most gruelling ocean races in the world and it has been thrilling Australians and the world since 1945.

Thousands line Sydney Harbour to cheer the departing racers, or form farewell flotillas. Days later in Hobart, the excitement build to new levels as news of who will be the first boat to cross the finish line comes through.

Each yacht is crewed by between 6 and 24 sailors and are lead by the skipper, who also usually owns the boat. Other positions on board include the helmsperson, navigator, tactician, trimmers and for’ard hand.

The Rolex Sydney Hobart yacht race kicks off at 1pm on boxing day, the 26th of December.

Discover events, Sydney to Hobart, things to do, what to do, yacht race