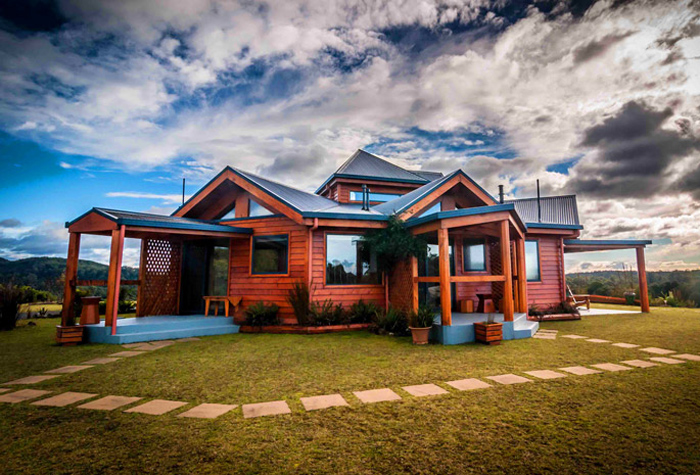 It was an ambitious undertaking by the owners Maree Jenkins and Richard Summers, one they painstakingly worked through to create this magnificent structure. With all the big timbers used, the angles at which it was all put together one can say resembles a jigsaw nightmare, but this is what sets this Lodge apart from others, its uniqueness.

“Having lived in Phantom Valley on the edge of the Tarkine for over 20 years, we have become very in tune with its magical surrounds. We look forward to sharing this beautiful wilderness with our guests and visitors. To us the Tarkine Wilderness Lodge is all about, sunsets, serenity, stars, rainforest, wildlife and local produce.