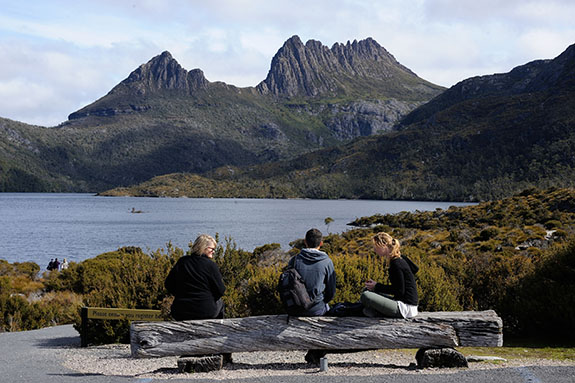 You’ve heard of Cradle Mountain but have you heard of the Dove Lake Circuit? This 6km track is one of Tasmania’s most beloved walks.

With brilliant views and and a gentle boardwalked circuit track – the walk has become a very popular natural getaway spot.

Cradle Mountain forms the northern end of the wild Cradle Mt – Lake St Clair National Park, itself a part of the Tasmanian Wilderness World Heritage Area. The jagged contours of Cradle Mountain epitomise the feel of a wild landscape, while ancient rainforest and alpine heathlands, buttongrass and stands of colourful deciduous beech provide a range of environments to explore. 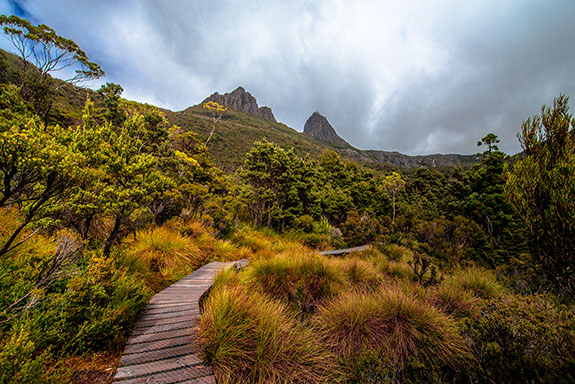 This six-kilometre track is one of Tasmania’s premier walks. Most of it is boardwalk that is low-key but the surrounds are not, and include the towering crags of Cradle Mountain, unexpected beaches on the side of the lake, the ancient Ballroom Forest, a patch of Tasmania’s notorious horizontal scrub, and the occasional echidna or platypus.

Although this sort of rock formation is not uncommon, it is rare in a natural situation for it to be so extensively and beautifully exposed. The wonderful patterns are caused by ground water percolating down through the already formed sandstone and leaving traces of iron oxides, which have stained the rock formation. This probably occurred millions of years ago in a monsoonal climate.

More recently, sea spray hitting the rock face has dried, forming crystals of salt. These crystals cause the rock to weather in the honeycomb patterns that you see.

Glacier Rock is a highlight of the walk. A wall of stone that bears eerie resemblance to the glaciers of the Ice Age past. These formations of rock were caused by rocky debris moved by an actual ancient glacier which pushed down from the slopes of Cradle Mountain over eons and gouged out the area we see today.

Ballroom Forest is another sight well worth the seeing. Towards the southern end of Lake Dove you enter a magnificent cool temperate rainforest. The Ballroom Forest is full of ancient myrtle-beech trees draped in moss which rise impressively from the rainforest floor – creating an incredible cathedral like effect for those who wander through. 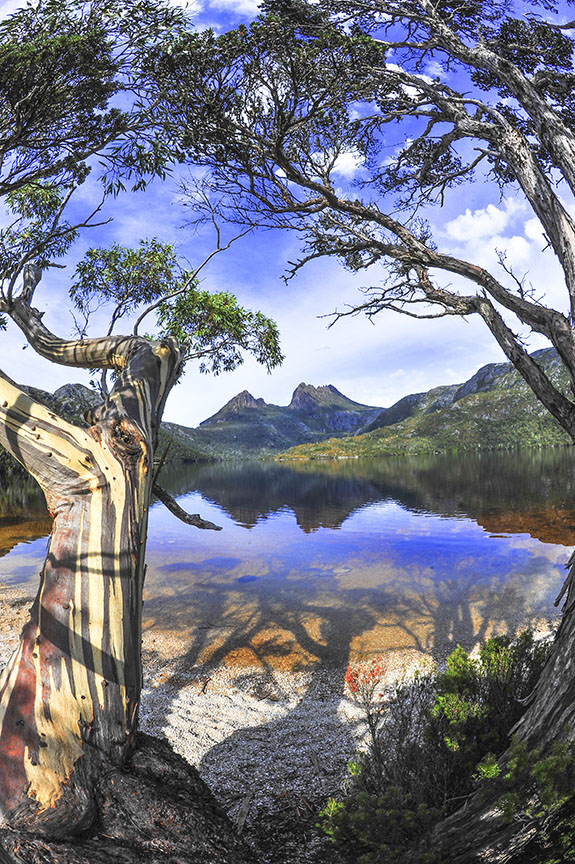 The other notable location along the trail is the Boatshed – the oft photographed building which stands on the northwestern shore of Lake Dove.

First built in 1940 by the first ranger at Cradle Mountain – Lionell Connell, the boatshed is a construct from a bygone era and although restored remains substantially unaltered from its original form. 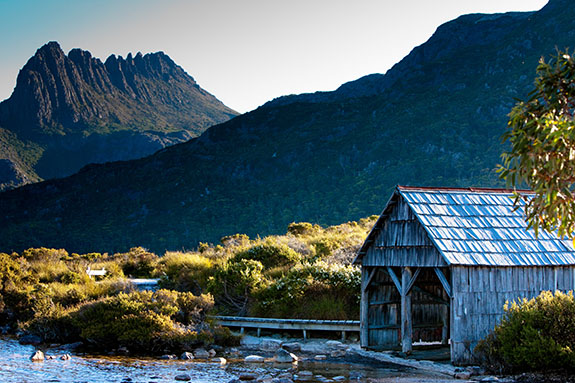 Discover bushwakling, Dove Lake Circuit, natural attractions, things to do in Tasmania, what to do